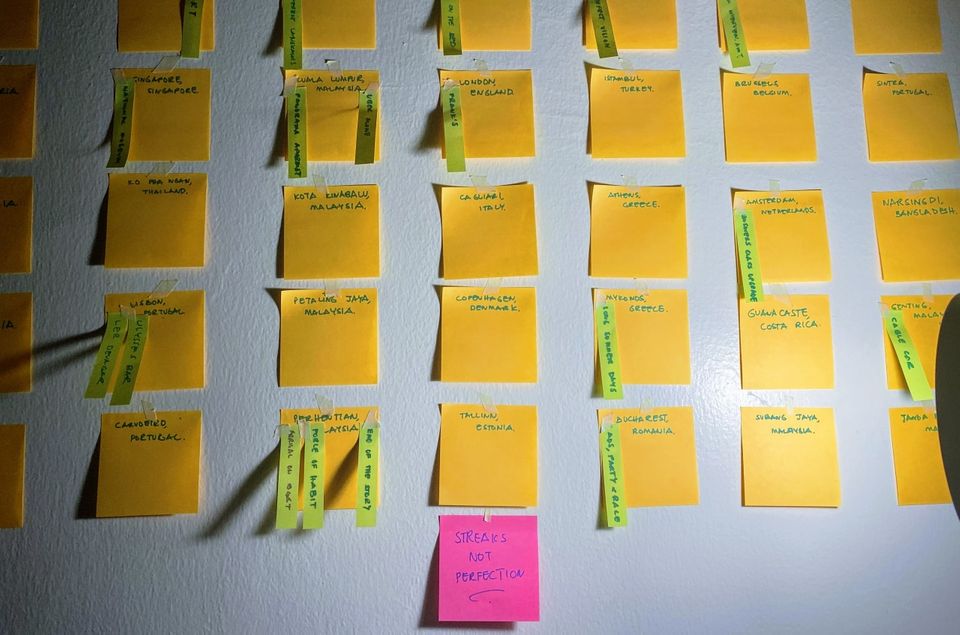 In Steven Soderbergh’s Side Effects, Jude Law said that “Depression is an inability to construct a future”.

So not only did he make Contagion, which is the 2020 documentary he shot in 2011, he also made Side Effects, which, funny enough, is a side-effect of experiencing 2020.

Many years ago, after a particularly bad break up, a friend sent me this reddit post where someone was asking about what to do while depressed, and this guy Ryan talked about the benefits of having non-zero days.

Basically, the idea is to do something, no matter how small – non-zero – every single day towards the goal you want to achieve.

There’s so much more when it comes to how to turn nonzero days into hugely nonzero days, but that’s not your mission right now. Your mission is nonzero and forgiveness and favours. You got 36 essays due in 24 minutes and its impossible to pull off? Your past self let you down big time, but hey… I forgive you. Do as much as you can in those 24 minutes and then move on.

I took that to heart. Most things in my life became daily habits. Journaling became daily. Taking photos was daily. And every day, I did some form of exercise.

Daily things are not easy, but they’re easier to do because you do them daily. You don’t have to think about if today is the day you do X. You just know that you have to do X because you do X every day and today is a day.

Recently, I made an Impossible List, which is a list of all the goals you want to do, and part of doing that is allocating time to different things during the week.

I want to start a Youtube channel, write more consistently on this blog (once a week), in addition to running (training for a half marathon), and also learning a new language (Bahasa Malaysia). The language I’ll need to do every day, but some days have to be for running, while other days for Youtube. But it’s becoming increasingly difficult for me to do that.

So when I’m planning my calendar, it feels safer to just plan for tomorrow. Because, tomorrow, at least, is a day that I’m reasonably confident will be like today. But anything after tomorrow lies in that uncertain void where things could be completely different.

Being in a pandemic – being in lockdown, specifically – is a lot like being depressed. In fact a lot of us are actually depressed.

We have so much to do, but we don’t have any security that the future that we want to do those things in will exist.

Right now, the future for me is tomorrow and tomorrow alone. And even though it feels impossible to imagine a future past that, I’m trying. I’m just living – as the cliche goes – one day at a time.